When Dustin Lance Black was thinking about creating a miniseries based on the lives of real pioneers who were a part of the LGBT civil rights movement, he had only one network in mind: ABC. “Growing up in a conservative, Southern, military, Christian home, the network I was allowed to watch was ABC,” explains Black, who won an Academy Award® for writing 2009’s Milk. “ABC told family stories. When I heard ABC was willing to tell the story of my other family, my LGBT family, I thought it was a once-in-a-lifetime opportunity.” Black, who also penned the Clint Eastwood-directed J. Edgar, talks about bringing this epic tale—which premieres Monday, February 27, on ABC—to the small screen.

When We Rise is an original story based on the lives of real people. How did you figure out who would be in the mix?
I had long wanted to do something more comprehensive with the LGBT movement after Milk. It took me about a year to figure out who I could depict and it was a difficult process. I wanted these people to have come from other social justice movements, because any social justice movement that only pays attention to its own needs is being shortsighted. I wanted them to come from the women’s, racial civil rights or peace movements. I also wanted them to have been activists for most of their lives so I could start depicting them as young people that could grow with the series’ 45-year arc. Last, but not least, I felt that it was important to finally tell an LGBT story that could be funny, dramatic and emotional and, yes, political. And the characters didn’t have to die at the end, because I’ve made that movie before, and I wanted people to still be alive. That really narrowed things down.

You’ve worked with and have been friends with activist Cleve Jones, who is a character in the series. Was he a good jumping-off point for you?
I started meeting with people all over the country. When I got to San Francisco he was definitely the go-to guy to introduce me to more people. I didn’t know I would depict him until I was months into research and realized just how unique his story is. Most activists last three to six years. It’s not profitable or forgiving work. My mother had always called him the “gay Forrest Gump,” meaning he had been in every single major moment in the movement for LGBT equality and he always tried to do the right thing. So it eventually became clear he’d be one of the people I depicted. 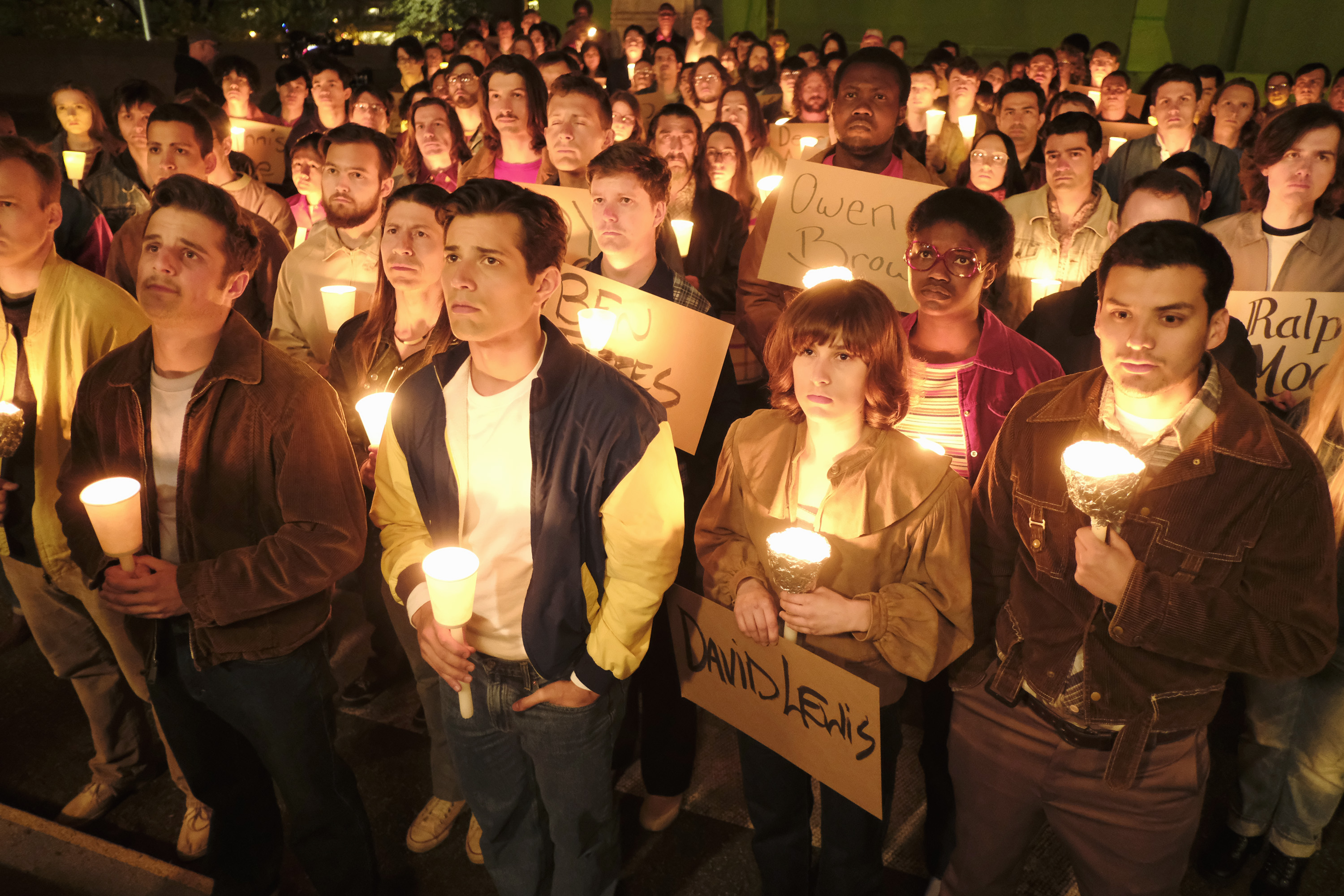 Like Roots, When We Rise tracks central characters through civil and human right struggles over the course of several decades. Was that series at all an inspiration?
I will never, ever be so bold as to compare When We Rise to Roots. I remember how impactful Roots was for me. So if anybody cares to draw a parallel, that’s the biggest compliment they could ever pay me. I will say it gave me courage. It gave me courage in two ways: One was to focus the series on the family relationships. And two, it gave me the courage to tell a story that spans decades, generations.

What are some of the differences between developing an eight-hour miniseries versus a two-hour feature?
A two-hour feature film is a like poem. You better know what it is you have to say. It had better be incredibly distilled, because you don’t have much time to do it and do it right. In a miniseries, you can go deeper, you can tell more. I wish I had another four hours, so I could’ve gone even deeper. But certainly to have been afforded eight was quite a gift.

Why is now the right time to tell these stories?
Even four years ago I was starting to talk about my frustration with how the LGBT movement had become myopic. It seemed like all we talked about was ourselves. The only thing we gave our time and energy to was our own causes. And we had forgotten that our great strength is in how we’ve collaborated with other social justice movements. You just have to look to Harvey Milk. He actually built those coalitions. That’s how he won. I asked ABC to keep the “We” in the title bigger than any other word, because that’s what makes us strong.