At ABC News, our presidential election campaign mantra is “your voice, your vote.” We put a premium on understanding the issues that matter most to voters across the country, and in this election, that is as important as ever. In mid-September, the Washington Bureau’s Pennsylvania Avenue unit joined forces with the ABC Digital Live Team in New York to launch an innovative project aimed at sparking in-depth conversations with swing state voters.

Over five days, traveling more than 1,000 miles, digital journalists Gary Westphalen and MaryAlice Parks visited coffee clubs, college campuses and county fairs across Ohio with a unique carnival-wheel attraction called “Step Right Up!” It’s a standing spin-wheel that features a mix of traditional survey questions, with a fun twist. We asked fair-goers in the critical election battleground: “What is one thing your candidate should stop talking about?” And, “What is the one thing you dislike most about the candidate you plan to vote for?”

The responses were authentic. Illuminating. Raw. On the whole, they were remarkably thoughtful. The wheel concept drew curious crowds who politely listened and engaged in the discussion; many newcomers waited in line for their chance to “Step Right Up.” 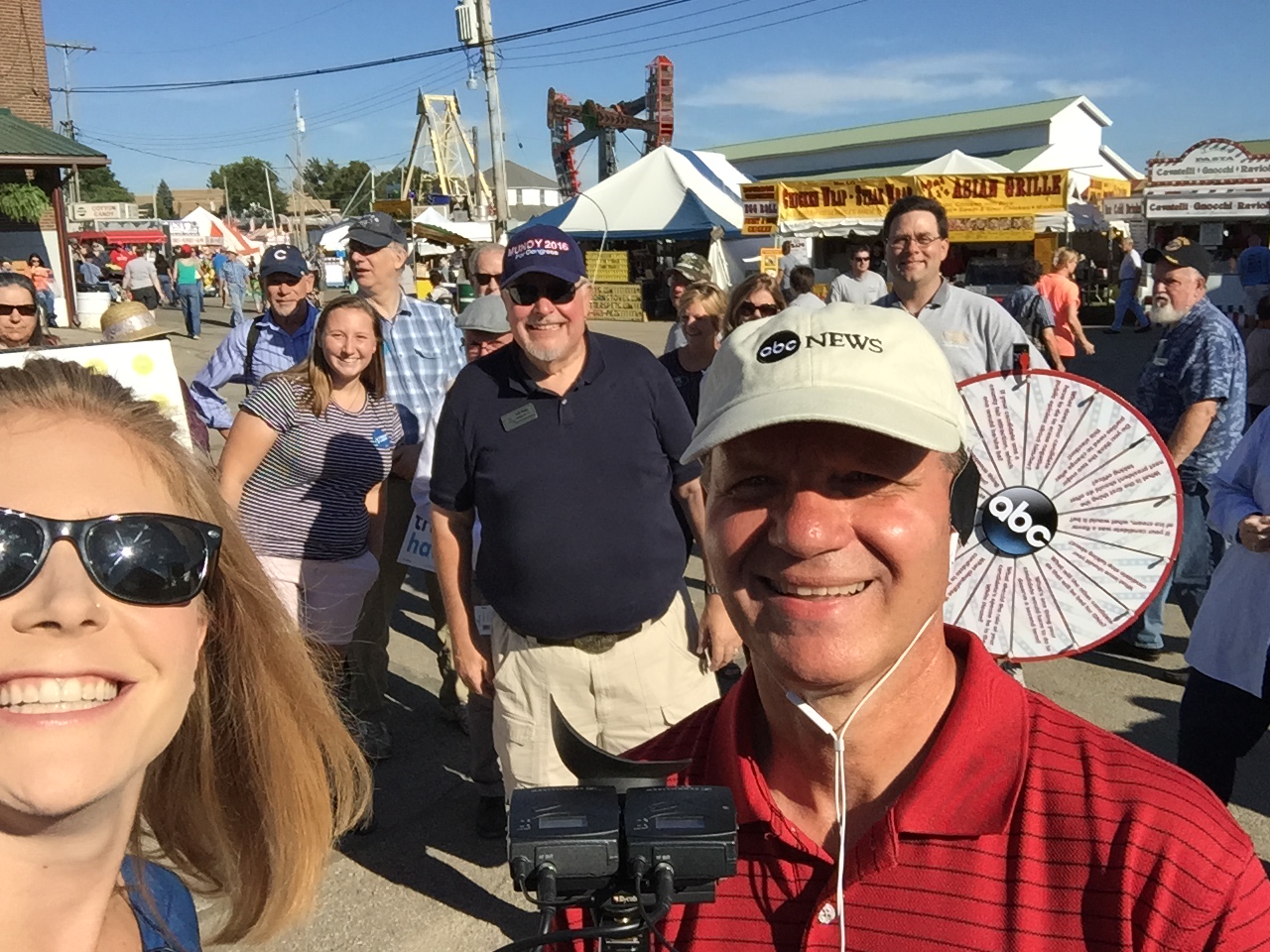 Our virtual booth at the fairs and campuses welcomed a diverse cross-section of voters to share their views. Many were appreciative—some surprised—that ABC News was willing to listen.

“Voters we meet often express their frustration with short television news segments and edited sound bites. ‘Step Right Up’ offered us, as journalists, a really special opportunity to tell folks we were interviewing that we had the desire to listen to them at length—and that we were going to air their full answers and our entire conversation live online,” said Parks.

Parks and Westphalen engaged with hundreds of Ohioans during their journey, streaming live many of the conversations live both on the ABC News Digital and on Facebook platforms for more than 230 minutes combined.

This election cycle has our audience talking. But unpacking what really motivates voters, matters to their families and why they are supporting a certain candidate remains a challenge to genuinely understand—one that our “Step Right Up” attraction was keenly aiming to try to solve.