It’s that time of the year when some of my favorite shows – including Grey’s Anatomy and Private Practice – are coming back to television with their brand new seasons. Thanks to the success of Disney Channel, ABC, ESPN and many of our other brands, Disney truly has established itself as a leader in television entertainment. 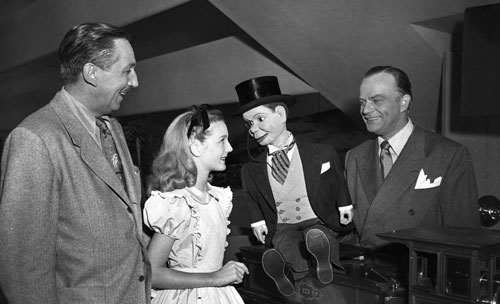 You may not know it, but Disney and television have a long history together, dating back to 1950 and the first Disney television broadcast, “One Hour in Wonderland,” which Walt created to help promote his upcoming film Alice in Wonderland (1951)

The visionary that he was, Walt instantly understood the power of this exciting new medium, and a few years later, he turned to the ABC Television Network — long before ABC was a part of The Walt Disney Company — to help finance his more spectacular dream yet…Disneyland.

He signed an agreement to develop two series for the network — Disneyland and Mickey Mouse Club. In return, ABC helped finance the exciting new venture. The Disneyland series showcased the lands, attraction and stories that would change the face of family entertainment when Disneyland opened in Anaheim on July 17, 1955.

After Disneyland, television became an increasingly important segment of the Disney brand. From Walt Disney’s Wonderful World of Color in the 1960s to hits like The Golden Girls and the launch of Disney Channel in 1983, the Disney name became a staple in people’s homes.

I’m looking forward to tuning in to some of ABC’s new shows including, Nashville and Last Resort.