Today, 20th Century Studios debuted a trailer for the romantic comedy Rosaline, starring Kaitlyn Dever, Isabela Merced, Kyle Allen, and Sean Teale, with Minnie Driver and Bradley Whitford. The film will debut on October 14, 2022, exclusively as a Hulu Original in the U.S., a Star+ Original in Latin America, and a Star Original on Disney+ in other territories.

Rosaline is a fresh and comedic twist on William Shakespeare’s classic love story Romeo & Juliet, told from the perspective of Juliet’s cousin, Rosaline (Dever), who also happens to be Romeo’s recent love interest. Heartbroken when Romeo (Allen) meets Juliet (Merced) and begins to pursue her, Rosaline schemes to foil the famous romance and win back her guy.

Rosaline is directed by Karen Maine from a screenplay by Scott Neustadter & Michael H. Weber, based on the novel When You Were Mine by Rebecca Serle. Shawn Levy, Dan Cohen, and Dan Levine are the producers, and Dever, Neustadter, Weber, Whitney Brown, Emily Morris, and Becca Edelman serve as the executive producers. 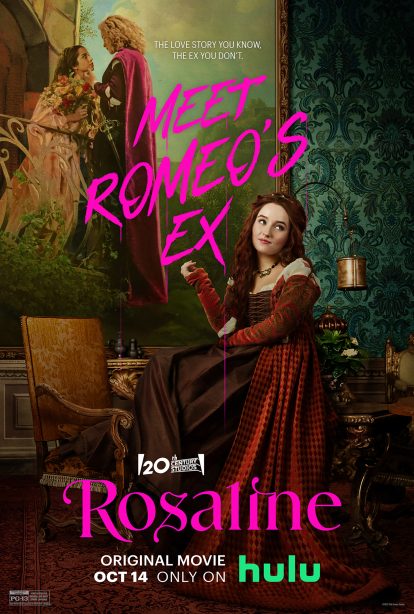